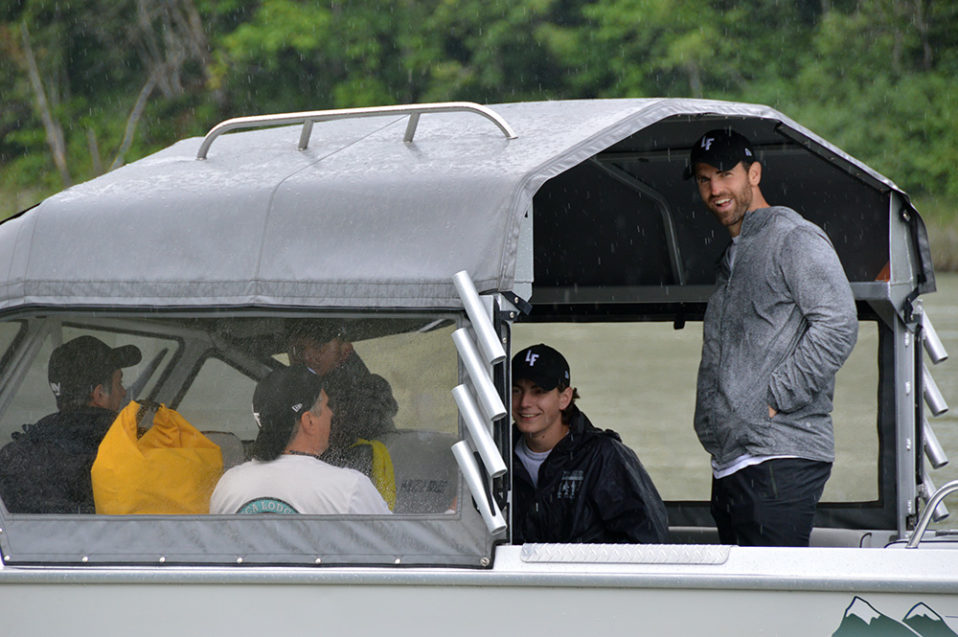 It was October of 2005, my first year playing pro hockey and I found myself in Lowell Massachusetts playing for the Lowell Lockmonsters of the American Hockey League. I had been drafted by the Carolina Hurricanes in 2004 and this was their affiliate. I was 19 years old, living on my own for the first time and my first order of business, like any other kid moving out, was to find some quality roommates to start off this next adventure. I had gone through rookie camp and main camp with other rookies in Carolina over the course of September so there were a few guys I had in mind that would be great roommates. One was Kevin Estrada who I didn’t know at all coming in to training camp but we had the connection of growing up not far from each other and we had the same mentality and approach to the game.

Kevin was a few years older and played at Michigan State University before turning pro that year. Being my senior, he led the way in finding us a new place to live and helping this young buck find his way. As a young kid living on his own for the first time I was fortunate to have a good friend right off the hop to get used to playing pro hockey for the first few months. I say the first few months because I was recalled by the Hurricanes in December of that year and ended up finishing the year in Carolina with the big club but have remained good friends and stayed in contact with Kevin ever since. Our careers took different paths at that point and we never ended up playing together again but we always made time to get together in the summer and catch up. One of Kevin’s passions was being outdoors and he had a side business in the summer called Sturgeon Slayers where he guided day sturgeon fishing trips. One offseason he asked me to go fishing with him. At that point I had the patience of a 2-year-old and said I’m not really into fishing, I’d rather be out wakesurfing. He insisted and said “You haven’t been fishing until you been sturgeon fishing, trust me you’ll be hooked.” I decided I’d give it a try so we picked a day that summer and Kevin took my cousin, my brothers and myself out on the Fraser River to catch Sturgeon. At that point I had no clue what a sturgeon was and the biggest fish I’d ever caught was the size of my shoe. After that day though I’ll never forget the feeling of battling a 6-7 ft “Dino” for 45 min and pulling up to the banks of the Fraser to come face to face with this amazing prehistoric creature. I’ve been hooked ever since and every off season I make time to go Sturgeon fishing with Kevin.

In the following years as I established myself as a full time NHL hockey player and started a family I began to think about the ways I could give back and the causes that meant something to my wife and I. The first step was deciding the best way we could have an impact on the different communities we had been a part of from our childhood to where we reside now in Long Island, NY. Ultimately, we settled on creating a Donor Advise Fund called the Ladd Foundation, where we could raise money under different 501 (C)(3’s) in Canada and the USA to lend our support to great charities across North America. Once the Ladd Foundation was set up the next step was our first event and cause we wished to support.

That brings us back to my love for Sturgeon fishing. My wife Brandy and I had long discussed creating a unique event as an annual way to raise funds. The first thing that came to mind was Sturgeon fishing. To me there was no better fishing experience, and I had a great friend in Kevin that had the top guiding company going and could help me coordinate creating a first class event. Beyond that we needed to find a cause for our 1st annual event. We thought long and hard about a number of different charities and the great work going on across British Columbia. Firstly, we wanted to support the sustainability of Sturgeon fishing in BC and the work the Kevin and his fellow guides do to preserve this prehistoric creature so we decided part of the proceeds would go to the Fraser River Sturgeon Conservative Society. Then Kevin brought up Rick Hansen and his Foundation. Rick is a Canadian Icon that has raised massive amounts of funds and awareness for people with disabilities. He also was an avid outdoorsman and part of the group who started the FRSCS. Growing up with family who battled the challenges of having disabilities, it was a cause close to me and a foundation that has had a great impact of being a champion for people with disabilities for a long time. It was the perfect fit for our first event.

Your ticket for the: From Lowell Lockmonsters to Sturgeon Fishing